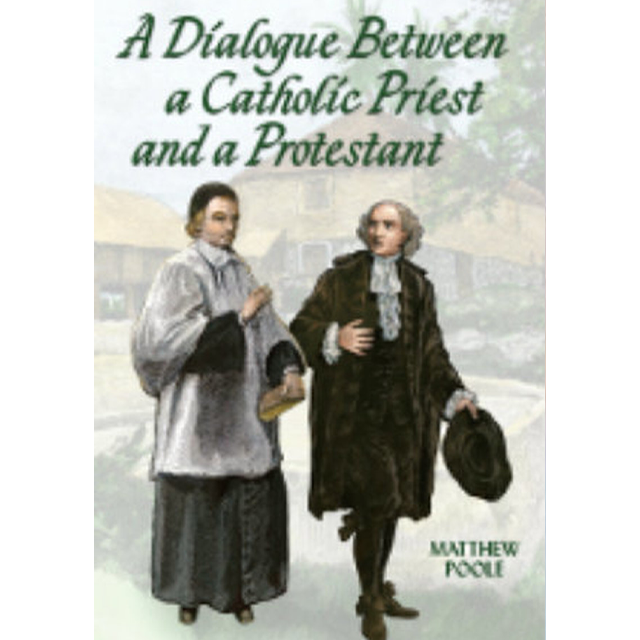 A Dialogue Between a Catholic Priest and a Protestant

Matthew Poole is a highly-regarded Puritan scholar and preacher. This work of his has been out of print for nearly 200 years. It is a dialogue between a Roman Catholic priest and a Protestant, old friends who meet after many years and decide to discuss the differences between their various religions. Poole uses official Roman documents for the arguments of that faith, and the Protestant appeals to Scripture and logic in answering back.

There are many polemical books one can buy that present each side's case, but I've never seen or read one where it is an actual back-and-forth, where both sides are presented. It is like watching a debate. And Matthew Poole says in his introduction to the book that he has not set up the priest as a straw man with weak arguments, but has actually taken the Catholic position from official Romanist documents that have that Church's imprimatur.

Some of the topics covered include transubstantiation, the authority of the church, praying to saints, justification by faith alone, the role of Mary, and many other key issues.